About 600,000 young Italians are not really Italian. They grew up in Italy, they speak fluent Italian and they attend Italian schools, but under the law they are not Italian citizens.

Under a 1992 citizenship law that follows the principle of jus sanguinis – in Latin, ‘right of blood’ – children born in Italy to migrant families do not receive Italian citizenship as birthright. The Italian parliament has been considering reforms that would introduce elements of jus soli (‘right of soil,’ or birthright citizenship) for over a year.

The reform proposal was initiated by center-left and leftist parties and faces strong opposition from the right and far-right. The issue is so divisive that populist party Movimento 5 Stelle announced it will abstain from voting and Minister for Regional Affairs Enrico Costa resigned from government, saying he couldn’t be part of a team that supports jus soli.

Under the current law a child born in Italy is only an Italian citizen if at least one parent is Italian. Otherwise the child must wait for their 18th birthday to apply for citizenship. Even then, they are only eligible for citizenship if they have been living ‘legally and continuously’ in Italy their whole life and their family is not in the lowest income bracket.

“I was born in Rome, studied in Rome, and I’m working in Rome… But, according to the law, I’m not Italian,” says Sonny, a 31 year old dancer whose line of work sees him regularly rub shoulders with Italian stars. Sonny was born to Nigerian parents. He applied for his citizenship when he was 20 years old and is still waiting.

“I’ve gone on many work trips to New York where I’ve met people who have never been to Italy and don’t know the Italian language, but they are Italians because their ancestors were,” Sonny says, “Yet I’m not.”

Sonny travels on a Nigerian passport and renews his residency permit every year, “Without that I can’t renew my driving license and can’t (complete) exams at University.”

Ilhem was born in Morocco and moved with her family to Italy when she was two years old. “I asked for citizenship when I reached 18 years of age but I’m being refused because my dad, who is working, doesn’t make a good enough salary,” she explains.

“Some days ago I wanted to visit (Palazzo) Montecitorio (one of Italy’s houses of Parliament)…But the guards stopped me because I am a non-EU citizen,” she says, “it was very frustrating.”

Ilhem lives in Sardinia where she grew up and completed her whole schooling, including university. She has been awarded for her academic results, knows six languages and is currently studying her family’s native language, Arabic. “I’m in Morocco (and) I’m studying Arabic, because I’ve never come back here, since I was two years old. Isn’t that funny?” she says.

Ilhem’s sister is disabled and risked repatriation because she is unable to work in order to renew her residency permit. Through countless letters to the Ministry of Interior, Ilhem’s dad put a hold on his daughter’s repatriation. “We have to face special difficulties in addition to the ordinary ones,” Ilhem says, “sometimes I remember when, some years ago, I represented Italy at the United Nations Youth Assembly, but I’m not Italian. And I laugh.”

Sirine has just turned 18 years old and has a purpose: to represent Italy in the women’s Youth World Boxing Championships. “I want to go there and win for Italy, because I’m Italian,” she says.

But to fight for Italy, Sirin needs to be legally Italian. “I was born in Tunis, but I came to Italy when I was two,” she explains, “I learned Italian at school and I feel totally Italian. I started fighting when I was six years old and I started competing for the national Italian team, but now the bureaucracy is stopping me.”

Sirine won the Junior Italian Championship twice, in 2013 and 2014. She says, “I want to go to the World Championship that will be in India next November, but so far I can’t because I don’t have citizenship.”

Sirine has started an online petition and also wrote a letter to the Italian President. She is making a special application which would give her Italian citizenship on the basis of her sports merits. “I need my request for citizenship to be processed faster and easier than usual,” Sirine says, “doing that, I hope to underline what kind of problem that we are all facing.”

The proposed law would grant citizenship following a mix of principles from jus sanguinis, jus soli and jus culturae (in Latin, ‘right of culture’).

Under one rule, a child born in Italy by migrants would be automatically Italian if at least one of their parents had been living legally in Italy for the previous five years. If the child’s parents don’t come from the EU, they must have an annual salary almost peer to the social security cheque (€448), live in suitable accommodation and pass an Italian language exam. Under the second rule – jus culturae – children born in Italy or who immigrated before turning 12 years old, and who have attended at least five years at Italian school could request citizenship.

One and a half years ago Camera dei Deputati (one of the two branches of Italy’s Parliament) approved the proposed reform. Now it awaits a vote by Senato (the second Parliament branch) where the government only holds a marginal majority.

Those who don’t support the proposed new law say that by expanding the right to citizenship, more families will immigrate to Italy and slowly but surely non-Italians will outnumber Italians. Supporters of the law – including the Vatican – assert that citizenship is a European and human right.

With opposition from outside and within the coalition majority, Prime Minister Paolo Gentiloni has stopped pushing the reform and debate has been postponed until September, making jus soli a summer dream.

Blood, soil or culture – how are citizenship rights granted around the world?

The USA is the only country in the world that has introduced pure jus soli: children born in the United States are automatically granted American citizenship.

The UK changed their laws in 1983, so children born after that year only receive birthright citizenship if their parent was a citizen or was ‘settled’ in the UK.

In Portugal, foreigners with Portuguese grandparents must show a “proven connection to the Portuguese community” to receive citizenship.

People seeking German citizenship must have gone to school in Germany for six years, must have spent more than eight continuous years in Germany before turning 21 years old and their foreign parents must have a permanent residence permit. 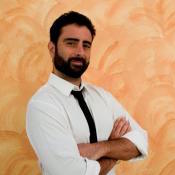 Andrea is our most experienced participant. He worked for the Italian newspaper Liberazione for seven years, founded the photojournalism collective reportageitalia, and has been freelancing from the Middle East since 2011.

I mainly worked with my colleagues from countries where my topic is relevant. So, Albert from Spain, Quentin and Felix from Germany, Alun from UK and Catia from Portugal helped me to make a comparison between the right to citizenship in Italy and those countries.
Published in Ildubbio