Yes, young doctors are leaving en masse, and no, it's not (just) for the money

Nikica Martic is headed west. After finishing university in 2010, completing a mandatory one-year internship and working six years at an ER unit in western Croatia, he’s ready to leave Croatia.

Martic hopes to join the stream of young Croatian doctors who have left their home country and settled in Germany, Austria, Great Britain or Sweden. Between 1 July 2013 – the date Croatia officially joined the European Union – and June 2017, the National Council of Croatian Physicians issued 1,346 certificates allowing Croatian doctors to practice their profession abroad. In the same period, 550 doctors have left the country; the country has essentially lost an entire hospital in a middle-sized town.

Since Croatia officially joined the European Union, the country has essentially lost an entire hospital in a middle-sized town

The shortage of doctors is not a Croatian scourge par excellence; Poland, Bulgaria, Romania and Greece are among the EU member states whose doctors have migrated en masse towards Western Europe. Like Martic, they usually aspire to higher wages and better working conditions.

But as doctors migrate west, the health systems of countries in Southeastern Europe are left in dire straits. The countries struggle to replace staff and workload pressure increases for those who remain.

“If we lose the medical staff, we also lose the prospect of sustainable healthcare,” says Trpimir Goluža, President of the Croatian Medical Chamber, a national medical association representing the country’s physicians. “The (healthcare) service will ultimately become less accessible and lower quality,” he says.

The consequences of this ‘care drain’ are already showing. Waiting lists for medical examinations and operations have been getting longer and longer, while doctors work hours that are unhealthy and sometimes illegally long.

“If we lose the medical staff, we also lose the prospect of sustainable healthcare,”

Much more than the money

What worries the Croatian Medical Chamber is not just the number of doctors who are leaving Croatia, but their age. Among those who have already left the country, almost half (248 of the 550 doctors) were born between 1980 and 1989.

“In order to better understand the problem of migration of Croatian doctors abroad, we analyzed the profile of those who left: their age, gender, specialization, and the institutions they leave,” explains Goluža, “The average age of doctors who have left the country is 37 years. So it’s mostly young people who are leaving, and there are many who have not even started their medical specialty training yet.”

That survey also debunked a general assumption that higher wages were the main incentive for doctors to head west.

“Money was important, but is not the main reason,” Goluža says, “Doctors leave because they are dissatisfied with their working conditions, and because they think they will not be able to fulfill their professional ambitions here. When a young person does not see a prospect of evolution, that equals a ticket for departure.”

60% of young doctors would leave Croatia without thinking twice, if an opportunity to work abroad presented itself

The Young Croatian Doctors’ Committee, a branch of Croatian Medical Chamber, surveyed 1,500 doctors aged between 27 and 40 and found that 90 percent considered themselves less valued than their counterparts in other countries of the European Union. They also didn’t see things changing any time soon. Similarly, 60 percent said they would leave the country without thinking twice, if an opportunity to work abroad presented itself.

Thirty-three year old Martic backs up the findings from both surveys. “The way our profession is perceived is not the same at all in Croatia and Germany,” he says, “Neither are the wages, nor the working conditions.”

“Having spoken with my colleagues who started their specialty training in Croatia, and those who have done it elsewhere, I realized that the conditions were much better abroad,” Martic says, “There are better opportunities for promotion (and) for learning. I wanted to do my specialty training in orthopedic surgery, which is a very difficult field to break into in Croatia. And once you begin the training (in Croatia), you remain bound to the institution… if you want to part ways, you’ll pay dearly.”

Junior doctors: trapped by the system

And getting a specialty training spot comes with its own problems. On acceptance, junior doctors become contractually bound to the hospital where they start their training. They are obliged to remain at the hospital for the whole duration of their specialty training - which can last from three years, for a family medicine (general practice) to eight years, for brain surgery - then must work in that same institution for the same number of years after their training.

If a doctor does leave for another institution, there’s a hefty price to pay. Moving hospitals prematurely comes with a financial sanction, and a price tag of €30,000 per year of the non-completed term.

“These are slavery contracts… They are the reason I left,” says Stella Milos, a graduate from the Faculty of Medicine in Zagreb.

“After six years of university education, one is often unsure what to do next. For example, I was interested in surgery, but I did not know at all whether I was able to do it, if I was too clumsy for it, if I really wanted to do it for the rest of my life… And so I did not want to be forced to remain at one place, doing something I maybe didn’t want to do for ten years, or pay a lot of money to leave,” explains Stella, who now lives in Bregenz, Austria, where she obtained a specialty training contract in urology a year and a half ago.

Croatia’s specialty training system hasn’t just come under fire from the country’s doctors; it has also drawn criticism from the Standing Committee of European Doctors. The Committee, which aims to represent medical doctors across the EU, has called these system “discriminatory” and “against personal and European rights.” The Committee argues: if doctors are required to reimburse the system for their training, they are essentially paying back wages received while in specialty training; and since the doctors work throughout the duration of the training (handling treatments and operations, sometimes unsupervised, and working night and weekends shifts) this means they’d be working for free.

“Freedom of movement is one of the basic principles of the European Union so…Croatian citizens should be able to move freely in Europe,” says Jacques de Haller, President of the Committee. “This of course does not mean that young doctors should all leave for abroad. But if they are working under a specialty training contract they should be able to go from one hospital to another…This is also a way to learn new things, gain new skills,” he adds.

This kind of framework for medical training is unique to Croatia and Slovakia in Europe. In April 2017 the Committee wrote an open letter to the Croatian Ministry of Health, urging them to “introduce positive incentives to ensure that healthcare systems provide lawful and safe conditions for doctors throughout their careers to sustainably safeguard the provision of high quality healthcare.”

The spokesperson explained that in January 2017, the nation’s law on medical specialty training changed: under the new framework, if a doctor wants to move to another medical institution, the new employer must reimburse the ‘home institution’ the sum invested in the physician’s training. If a doctor decides to leave the institution for a private practice or to work abroad, the individual must reimburse the cost themselves. According to the Ministry of Health, this new change in rules doesn’t stop doctors from leaving or changing hospital. At the same time, it would disincentives young doctors from joining the exodus west.

In Croatia, higher education is largely state funded, which means that with every physician who moves abroad, the State loses not only a highly qualified worker but the money invested in their education. And those who benefit from Croatia’s loss generally welcome these ready-made high skill workers. There’s even a growing and seemingly thriving market for middle-men to benefit from this migration; there are a number of specialist international medical recruitment agencies with their sights on Croatia’s medical professionals.

“We of course don’t actively recruit. We don’t have the mandate to do that,” says Ramin Parsa Parsi, Head of Department at German Medical Association. With 416 Croatian physicians working in the country in 2016, Germany – only a couple hours of car ride from Croatia – has been one of the most popular destinations for Croatian doctors.

“… if we improve the working conditions, we’ll have fewer physicians who’ll go abroad.”

Germany has largely welcomed foreign medical doctors as their arrival has helped ease the country’s own shortage of physicians, especially in rural areas and in the country’s East. And that shortage is in no small part because Germany is facing its own care drain as German doctors leave for Scandinavia, the UK or Switzerland, where salaries are much higher.

Despite being the middle domino in a care drain chain, there hasn’t been any mention of restricting German trained doctors’ mobility. Instead, the German Medial Association is focused on incentivizing local doctors to stay in Germany.

“We have been asking for a long time now for the German government to increase the number of medical students,” says Parsa-Parsi, “Moreover, we think that physicians’ (work) has to be more attractive. The time management for physicians is really though. They work long shifts, night shifts, weekends. So we think that that if we improve the working conditions, we’ll have fewer physicians who’ll go abroad.”

Back in Croatia, the government has recently announced several measures to stem the care drain the health system is suffering. The number of university places for medical students was increased in 2009 and the retirement age of 65 years was made voluntary, meaning those who want to continue to work can. Finally, according to the government, a 2016 tax reform that reduced income tax for high income earners was targeted at giving doctors tax breaks.

Goluža from Croatian Medical Chamber says those measures aren’t enough. He says, “If doctors continue to leave, then there is something in the system itself that is wrong. These are all mere cosmetic measures.” According to Goluža, substantive measures might include offering doctors favourable home loan conditions, increasing opportunities for promotion and career progression and increasing the transparency of how specialty training positions are allocated to junior doctors.

At least one expat doctor agrees. Stella Milos says the measures Croatia has taken aren’t enough to stop the exodus or to attract those who have left to return. “I don’t think I’ll go back anytime soon…maybe one day, when I retire,” she says, “It’s nice to come to Croatia only on holidays, with your wallet full of foreign currency.” 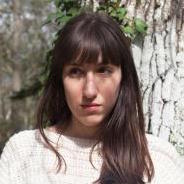 I was helped considerably during my research. I think what was most helpful was the fact that the others provided me with the info from their countries about the institutions to reach out to, people to talk to, and background info.
Published in Courrier des Balkans Published in RTL Croatia